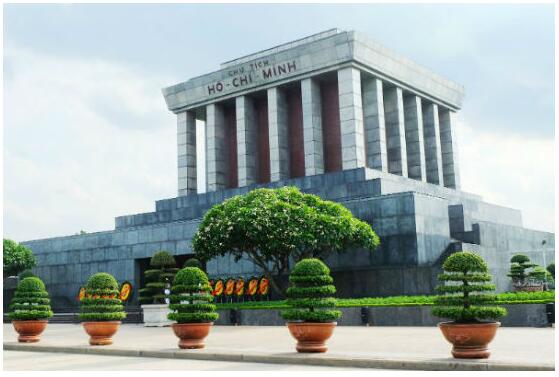 When to travel to Vietnam?

In Vietnam, there are four seasons that follow the Danish seasons in terms of calendar. However, the winter is warmer and the precipitation is less concentrated. In the middle of Vietnam, there are two seasons – a rainy season and a dry season. If, on the other hand, you travel to South Vietnam, you can enjoy the heat all year round. So you can travel to Vietnam all year round. Below we give you an overview of the climate in beautiful Vietnam.

General about climate and weather in Vietnam

There are more than 1,600 kilometers from northern Vietnam to the southernmost point, corresponding to four times the length of Jutland. The temperature therefore extends over a wide range. It is difficult to say exactly when to travel to Vietnam, due to weather variations, as you can travel to the country all year round. The temperature is fairly constant across the country, with a few exceptions.

In Hanoi, and far to the north, it can be very cold in December and January, and the central highlands are cooler than the rest of the country all year round. The regional climate differences mean that there are generally no good or bad seasons when you travel to Vietnam . When it is wet and cold in one climate zone, it is dry and hot in the other. Therefore, when planning your trip to Vietnam, it is easiest to divide the country into three parts – North, Central and South.

North Vietnam is a cold trip if you go here in the period November-March. In contrast, there are shining sun and warm temperatures from April to October.

If you are going to pull on your trip to North Vietnam, you should especially avoid December and January. Here is a heavy fog over the area, which weakens the view of the beautiful nature.

The most pleasant climate in North Vietnam you will find in October, November and December. Here is pleasant, small breezes and not so awful much rain in the area.

According to Themakeupexplorer.com, Central Vietnam should be explored in the first half of the year from February to July. Where in the rest of the country there is monsoon rain from April to September, Central Vietnam is shielded by the Truong Son mountain range.

This part of the country is affected by the typhoon season, which can bring hurricanes with it from September to November. Further towards the south coast, you are not as exposed to rain and will experience a longer dry and sunny season.

Without the protection of the mountain range, in southern Vietnam – especially the Mekong Delta, you experience a lot of rain, hot and humid weather during the southwest-facing monsoon from April to September, where June and July are the worst months to travel.

At this time of year, you will most likely also see flooding in Ho Chi Minh. South Vietnam is therefore best to travel to in November, December, January, February and March.

You can travel to Vietnam all year round, because here is no high season. However, the best travel times are March and April, when temperatures are more or less the same in all parts of the country. You should always take reservations for rain when packing your suitcase and traveling to Vietnam.

If you prefer cool travel weather, January and February are the best times you can travel to the country. Be aware, however, that temperatures can drop drastically – all the way down to 12 degrees in northern Vietnam.

Many people often associate a monsoon with rain, but this is only partially the case when traveling to Vietnam. It is worth remembering that the southwest monsoon in Vietnam is hot and wet, and the northeast monsoon is cold and less humid.

The Vietnamese currency is called the dong (VND). A DKK corresponds approximately to 3,578 VND. In the vast majority of cases, it pays to pay with dong, but feel free to bring US dollars. You can use debit cards at hotels and larger stores.

You can exchange currency at the airport, banks, exchange offices and larger hotels. Do not raise or exchange too many currencies, as in many cases you will not be able to exchange back to US dollars.

The official language of Vietnam is Vietnamese, spoken by 85% of the population. However, there is a clear difference between the dialects of North and South Vietnam. In the larger cities, most speak English and some also master French or Chinese.

Many minority languages ​​are spoken, and many of the ethnic groups in the mountain areas have their own mother tongue and speak only Vietnamese as a second language.

The time difference between Vietnam and Denmark

Vietnam is six hours ahead of Denmark, in case we have winter time in Denmark. Vietnam does not use summer time as we do in Denmark. If you travel during Danish summer time, you must therefore deduct one hour from the time difference.

With a time difference of five to six hours, it may be advisable to prepare your internal clock for the trip to Vietnam. Basically, your body automatically adapts with approx. one hour a day, but you can speed up this process by getting up early on the day you travel to Vietnam.