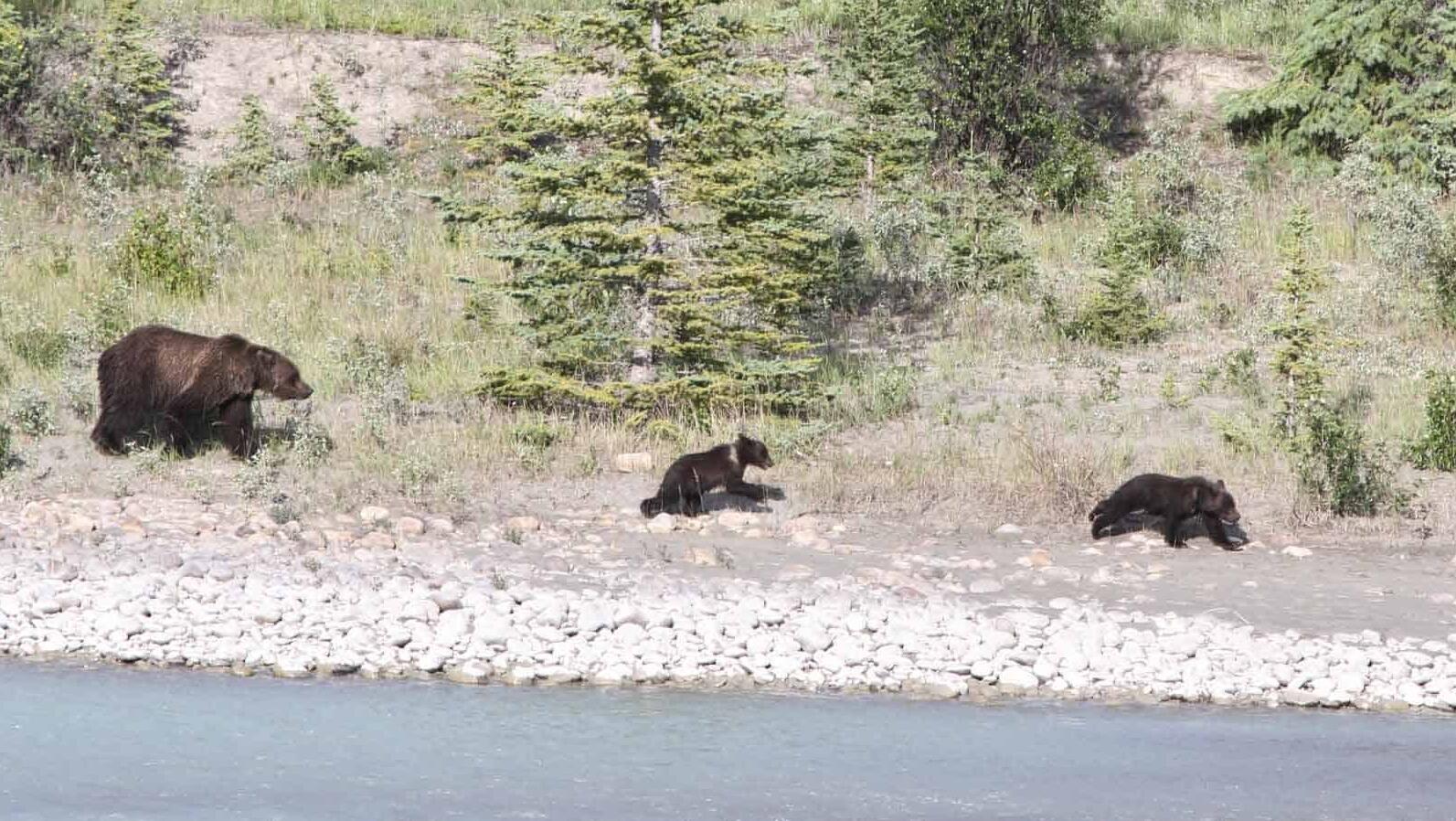 In general, the bear avoids people. If he has a chance to avoid humans, the bear will do so too. Therefore, you should appreciate the encounter with a bear in the wild as an extraordinary event and do not need to fear a bear attack.

Always remember, bears don’t like surprises. If you are out and about in the bears’ natural habitat, you should give the bears in their habitat the chance to hear you coming.

Whether you are singing, talking to your fellow hikers or making loud noises or even have a bear bell on your backpack, the bear will take note of your presence or yours.

It is therefore advisable to hike in groups as bears can perceive the noisy group much earlier. Bears, while seeing and hearing almost as well as humans, rely primarily on their sense of smell.

According to PETWITHSUPPLIES, if you are traveling in regions that are unknown to you, then you should move with a tailwind if possible .

Generally, avoid areas that smell of decay. The carcasses can be a bear’s prey . If the bear is in the area or is eating there, it will defend its prey.

Don’t be surprised if you encounter bears on trails and roads. The bears seem to love the easier ways too. If you are camping in nature, make sure to pitch your tent a little away from the paths and roads.

Allow enough space for the bear or bears in their territory . A bear that feels cornered and thereby threatened will react aggressively.

If you meet bear cubs , you should turn back immediately. The risk of getting between the young and the mother is great. As soon as the mother sees danger for her young, she will attack.

For this reason, you should use a camera with an appropriately long telephoto lens when taking photos in the land of bears . So you are not tempted to get closer to the animals.

Act as if you weren’t there in the bear sanctuary!

Do you set up camp in the great outdoors? Basically, there are also a few points to consider. Store all food away from your warehouse, either in hermetically sealed containers or high up in trees.

Prepare your food at a distance from your storage area. Clean your eating utensils immediately after use. Avoid letting your clothes smell like food.

Odor-intensive foods such as smoked sausage and fish, ham and the like smell very tasty and irresistible even for bears!

Don’t leave any leftovers or food scraps. Burying leftovers is pointless, as bears can smell the leftovers even through the layer of soil.

If you are fishing in nature and a bear discovers you, then you should put your fishing rod very gently into the water without splashing.

The bear may well recognize the possibility of a light fish meal as it approaches the angler. Then the bear will always come back to prey even more.

If you follow these rules, bears won’t get used to the fact that it can be easy to find food near people. Bears search for food for about 6 months a year . During this time, bears have to build up their fat reserves for the winter. So why hunt complicated prey when civilization takes care of it?

You meet a bear

The first thing to do is keep calm. Bears rarely attack. Bears are interested in plenty of food, their cubs, and their territory. If a bear does not feel threatened, it will move away.
You have to introduce yourself to a bear as a human.

If he cannot see what or who he has in front of him, he will stand on his hind legs. So he can better absorb the weather. Standing on your back legs shows more curiosity than aggression.

Speak to the bear in a normal voice. Move your arms up and down. This way the bear has a better chance of perceiving you as a human being . Move away slowly, facing the bear. If the bear follows, stop.

Running away is definitely not recommended, as the bear can catch up with you at any time. The bear is used to having to catch up with its running prey. In order to simulate an attack, bears approach their counterpart within 2 to 3 meters without touching them. Keep moving your arms up and down, keep talking to the bear.

If he approaches you further, address the bear more aggressively. Rattle camping dishes, pots, pans, and the like. But do not imitate bear noises and avoid high-pitched screams.

What to do in the event of a bear attack

If this almost unlikely event of a bear attack occurs and the bear attacks you, then surrender. Let yourself fall to the floor and pretend to be dead. You should lie flat on your stomach or curl up. Put your hands behind your neck for protection and hold still.

The bear will surely end its attack, as the danger seems averted for it. Continue to lie motionless, otherwise the bear will perceive danger again through the eyes and ears.
Rarely does a bear regard humans as food.

This can happen especially when attacked by black bears . If the bear attacks you even though you have been in the protective position for a long time, it is very likely that it regards you as food. In this case you have to defend yourself with all your might.

When fending off a bear attack , remember, the nose and eyes are the most sensitive areas on the bear’s face.

On guided bear watching tours, the guide often has a firearm with him, which is only used in extreme emergencies. If you are not guided, you should get a bear repellent spray on site.

These sprays achieve the best effect against a bear attack at distances of 5 to 8 meters. When using bear repellent spray, make sure that you are not spraying against the wind and thus harm or incapacitate yourself.

Carefully read the instructions for use of the bear repellent spray before starting your adventure in the land of bears. Always keep the spray close at hand, ideally attached to a belt. 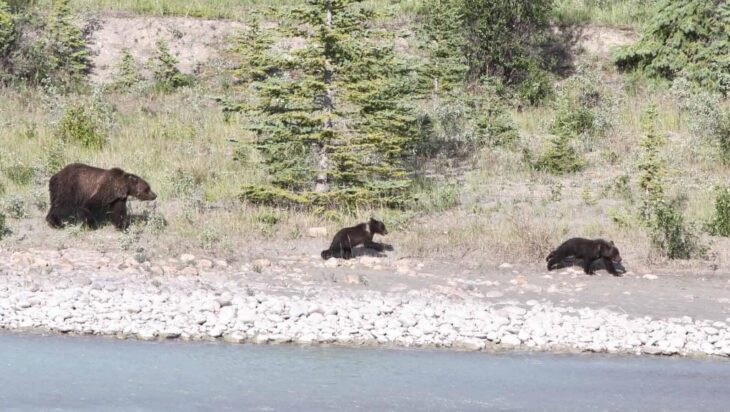 In most cases, bears are no threat to you! Show the necessary respect for these wild animals and you will be able to observe these majestic animals in their natural habitat with great pleasure.