Nebraska is an economically strong state with a low unemployment rate and an important producer of agricultural products. 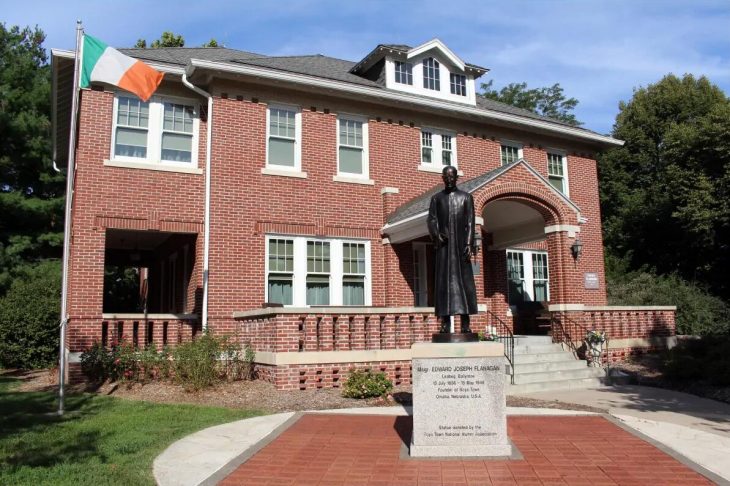 The name of the state is of Native American origin and means “shallow water,” referring to the Platte River flowing through the state. The neighboring states are South Dakota, Colorado and Wyoming, east of the Missouri River are Iowa and Missouri. The largest city is Omaha. Around 1.9 million people live in an area of 200,520 square kilometers, around 88 percent of them white. Among the remaining residents, the Hispanics form the largest group with around eleven percent (as of 2019). The largest, rural part of Nebraska is deeply conservative-religious and traditionally elects Republican, only in the larger cities the Democrats were able to record some temporary successes.

Before the French and Spanish came to the area where Nebraska is located in the late 17th century, various Native American tribes lived here. The first contacts were mutually beneficial through trade relations. In May 1854, the country was divided into the Kansas and Nebraska Territories and became part of the United States. In the 1860s the first settlers came to live on the land promised by the government. In March 1867, Nebraska became the 37th state to join the union. In the years that followed, Nebraska attracted more and more people, including many African Americans. They found work in railway construction or in butcher shops and were often exposed to discrimination.

Nebraska is a wealthy state, in a comparison of real GDP per capita of all US states, Nebraska is 14th out of 50 (as of 2016). Agriculture plays an important role and the formerly endless, deserted prairies have been transformed by the residents into a land full of farms and ranches. Important products are wheat, soybeans, maize and millet, and livestock is also relevant. Nebraska’s unemployment rate is well below the national average, in November 2017 it was only 2.7 percent (national average 4.1 percent).

Largest Counties in Nebraska by Area

According to Countryaah, the biggest counties in Nebraska are listed as below: