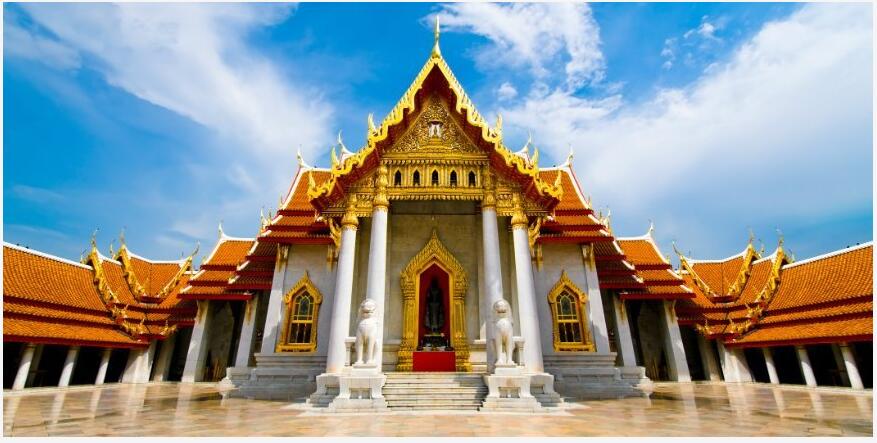 Asia is home to the oldest, most beautiful and fascinating temples in the world. These historic buildings tell interesting stories and offer memorable experiences. Asian temples can be completely gold-plated, colorfully painted, or decorated with detailed carvings. Embark on an exciting tour with us to the most magical temples in Asia! Check Countryaah.com to see information about these countries in Asia. 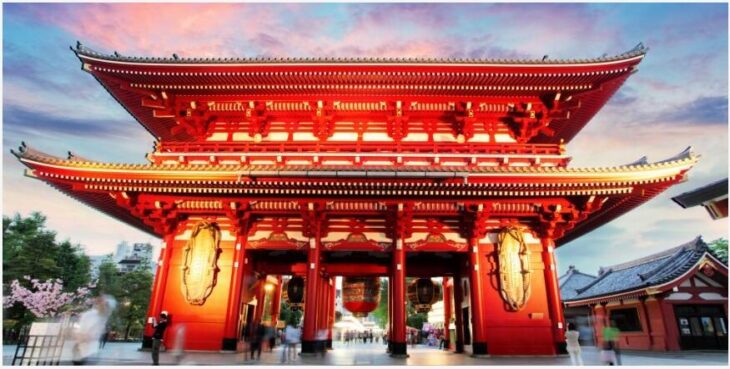 The serene Sensō-ji is located in the historic Asakusa district of Tokyo, the capital of Japan.

The Buddhist Temple is the oldest, most famous and most photographed temple in the city, with temples on almost every street corner.

Sensō-ji is a major attraction that attracts a lot of Japanese visitors as well as tourists. The Japanese go to the temple to light sacred incense, the sacred smoke of which they puff over, while praying for healing from illness, happiness in life, having a child — whatever they feel they need.

There are many small souvenir shops and street food kiosks along the street leading to the temple, so with a visit to the temple you can also get a few souvenirs or enjoy a light meal. 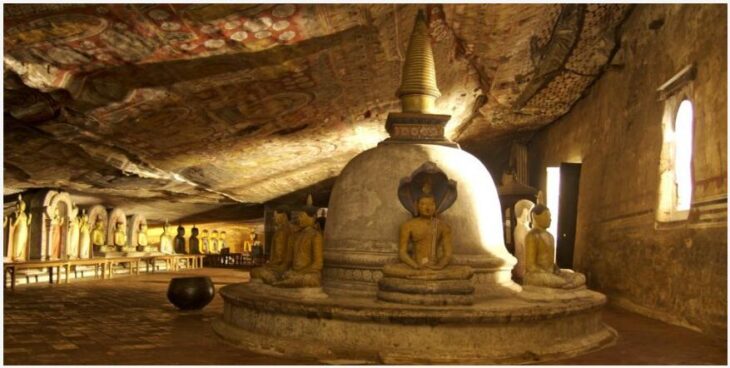 Dambulla is one of the largest cities in Sri Lanka, and its most notable attraction is the island’s best-preserved cave temple, also known as the Golden Temple of Dambulla.

The history of the cave temple dates back to the first century of our era. The Dambulla Cave Temple is not the only one of its kind in Sri Lanka, but it is definitely the most impressive.

The Buddhist temple, excavated under a huge skull tongue, has also been inscribed on the UNESCO World Heritage List. As the name suggests, the temple is located in a cave, or rather in a network of caves. As you step inside the golden temple cave, an incredibly impressive sight opens before you. Stunning murals and golden Buddha statues can be seen everywhere from floor to ceiling. Long and steep stairs lead to the temple, but the experience that awaits you inside the magical temple is definitely worth the climb. 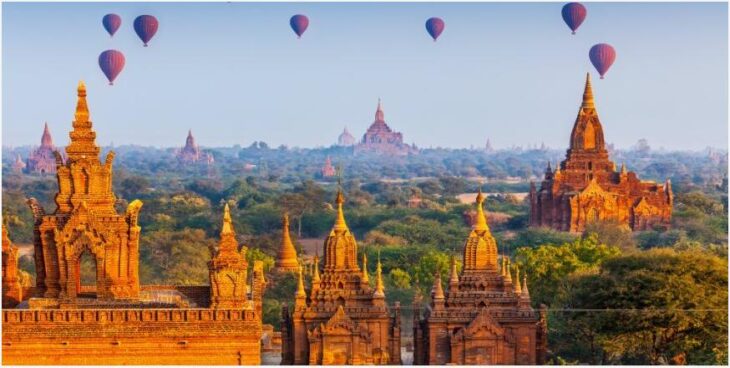 The scenery of the enchanting Bagan Plain is like a completely different world. The ruined city of Bagan’s thousands of temples, pagodas and monasteries make up Myanmar’s most famous and popular attraction. As incredible as the large number of temples may seem, there have in fact been many more; of the more than 10,000 temples, only 2,000 remain after several earthquakes.

The huge temple complex is one of the most archaeologically rich in all of Asia. The fabulous scenery attracts a lot of tourists to the area every year, although the Bagan temples were not inscribed on the UNESCO World Heritage List until 2019.

Fascinating temples can be toured in many different ways, but a hot air balloon flight over a plateau is a particularly memorable experience. The temples of Bagan appear at their most beautiful in the soft light of sunrise and sunset. 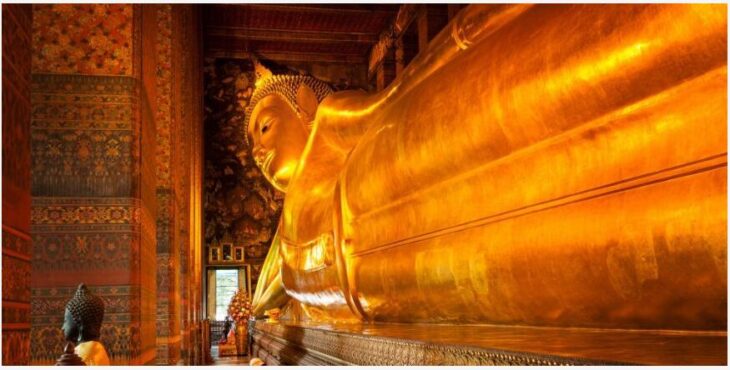 Wat Pho is located in Bangkok, the capital of Thailand. It is the largest and oldest of the country’s countless temples.

The temple consists of several buildings and a monastery with 300 monks.

Wat Pho is especially known for its reclining Buddha, which is as much as 46 meters long and 14 meters high. This massive Buddha statue is molded from brick and plaster and finally plated with leaf gold. The incomprehensibly sized Buddha is a truly impressive experience, but the temple offers much more to see – including 1,000 other Buddhas.

What is also special about Wat Pho is that the temple houses a school that teaches traditional Thai medicine and Thai massage. 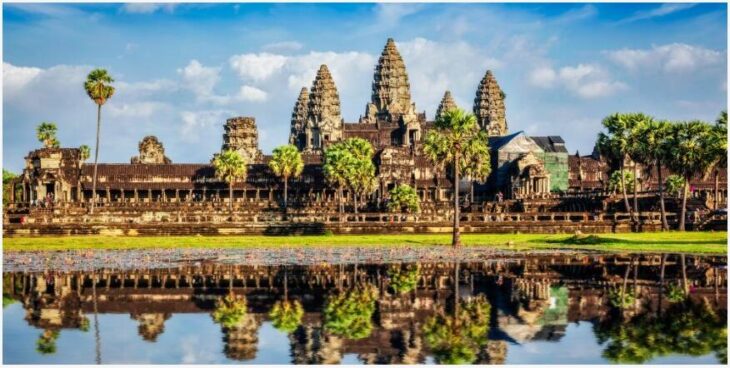 Located in northern Cambodia, Angkor is the largest temple complex in the world.

The temple complex consists of several different temples. The best known of these is Angkor Wat, which is considered the soul and heart of all of Cambodia. It has become a national symbol and a symbol of the whole country.

Angkor Wat, whose name means city of temples, was built in the 12th century. It was originally established as a Hindu temple, but was later converted into a Buddhist temple.

When you arrive at the temple area, you will soon find countless reliefs adorning the temple depicting female spirits. Nearly 2,000 such apsaras, or heavenly dancers, have been carved into the walls.

Due to its huge size, impressive architecture and magnificent location, the temple complex is also a UNESCO World Heritage Site. 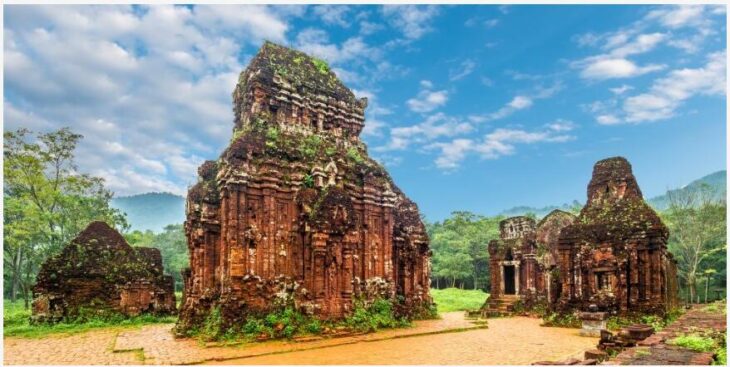 The fascinating Mỹ Sơn Temple District is just an hour’s drive from Hoi An City.

The temple area, founded by the ancient kingdom of Cham, was built between the 300s and 1200s and was one of the most important structures of the entire Cham people. The area consists of several clusters of temples located slightly apart. Most of the temples were built as places of prayer where various Hindu gods could be prayed.

Many of the temples were destroyed during the Vietnam War by American bombing. There were once as many as 71 temples, but today there are only 20 left. However, the Mỹ Sơn Temple Area is still a fascinating place to visit, and the impressive temples and ruins have also been inscribed on the UNESCO World Heritage List. 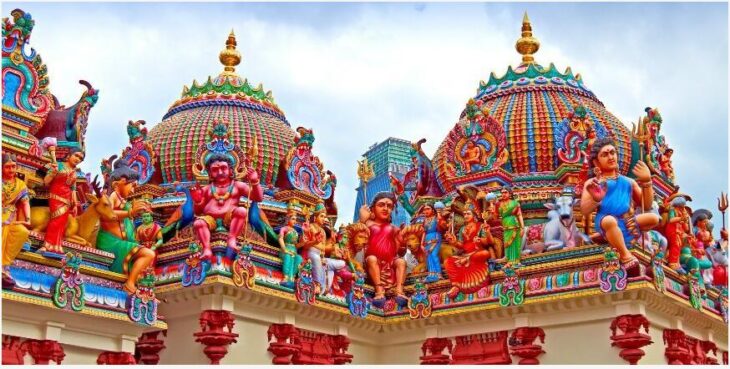 The colorful and ornate Sri Mariamman is located in the heart of Singapore’s fascinating Chinatown.

Completed in 1827, the temple is Singapore’s oldest Hindu temple. It is consecrated to the goddess Mariamman, who is believed to be able to cure diseases.

Sri Mariamman is decorated in incredible detail with colorful plaster sculptures depicting gods, goddesses and other spirit beings. The magnificent decorations give the temple a very different look compared to, for example, more ordinary gold-plated temples. Especially the tower rising above the main entrance is a really impressive sight. 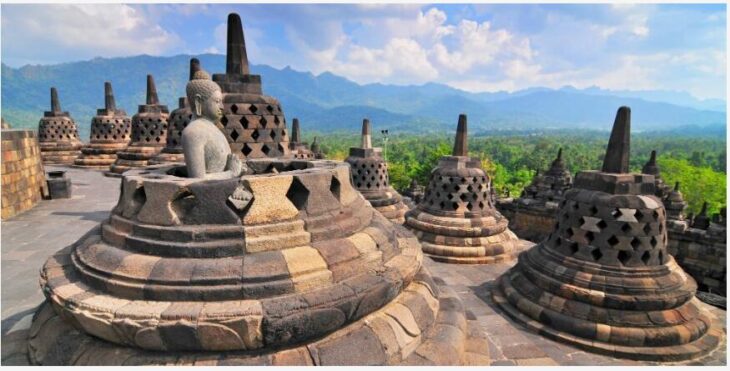 Borobudur is a Buddhist temple located on the island of Java in Indonesia.

The construction of the temple lasted from the 7th to the 8th century, and two million boulders were used to build it. Borobudur is not only one of the oldest temples in the world, but also the largest Buddhist temple in the world and one of Indonesia’s most significant cultural sites.

The huge sanctuary is built on three levels on a hill with a fabulously beautiful view of the surrounding plantations and rugged mountains. Borobudur is characterized by its many ornate statues, reliefs and monuments, such as beautiful bell-shaped stupas. The temple area has, among other things, more than 500 Buddha statues.

The glorious temple is a UNESCO World Heritage Site, and its buildings were extensively restored with UNESCO funding in the 1970s. Borobudur is an impressive place to visit at any time of the day, but at its best the scenery is at dawn and dusk. 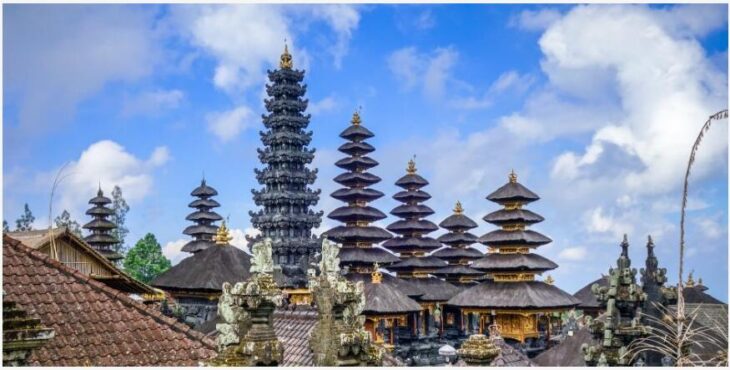 The Hindu temple Pura Besakih is the largest, most important and sacred temple in Bali, and is also called the Mother Temple.

The temple complex consists of several small and larger shrines built on a hillside on six levels.

Pura Besakih is built on the slopes of the holy volcano Agung, so visitors to the temple area will also be pampered with breathtaking mountain scenery. During the visit, one can also get to follow the traditional ceremonies of the locals and other fascinating traditions related to Hinduism.

Many of the areas of the temple complex are open to visitors, but in some places tourists are content to just peek inside. 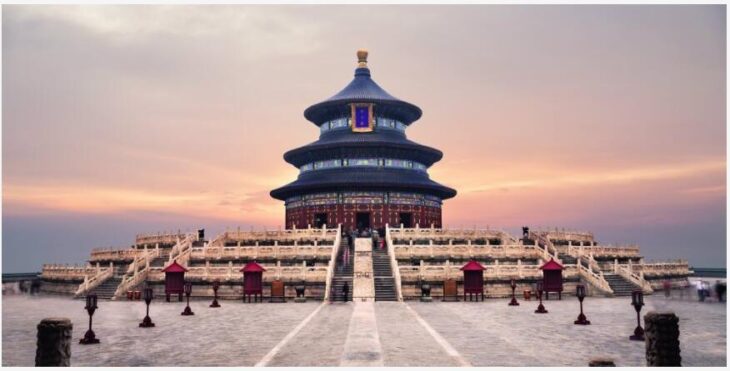 The emperors of the Ming and Qing dynasties once visited the temple to pray for a good harvest.

Today, the Temple of Heaven is one of Beijing’s most famous attractions, attracting large numbers of tourists. The temple is also a popular place to visit among locals, and there will be meditation in the temple area, among other things.

The temple of heaven as a whole is even larger than the Forbidden City. In addition to the beautiful temple, you can visit the fascinating echo wall and walk in the picturesque temple park.

The shape of the temple and the location of the buildings are based on the old belief that the sky is round and the earth is square. Thus the temple as a whole describes the relationship between heaven and earth.